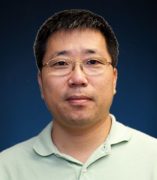 Bing Liu is a distinguished professor of Computer Science at the University of Illinois at Chicago (UIC). He received his Ph.D. in Artificial Intelligence (AI) from the University of Edinburgh. Before joining UIC, he was a faculty member at the School of Computing, National University of Singapore (NUS). His research interests include sentiment analysis, lifelong learning, chatbot, natural language processing (NLP), data mining, machine learning, and AI. He has published extensively in top conferences and journals (his Google Scholar page). Three of his papers have received Test-of-Time awards: two from SIGKDD (ACM Special Interest Group on Knowledge Discovery and Data Mining), and one from WSDM (ACM International Conference on Web Search and Data Mining). He is also a recipient of ACM SIGKDD Innovation Award (the most prestigious technical award from SIGKDD). He has also authored four books: two on sentiment analysis, one on lifelong learning, and one on Web mining. Some of his work has been widely reported in the international press, including a front-page article in the New York Times. On professional services, he has served as the Chair of ACM SIGKDD from 2013-2017, as program chair of many leading data mining conferences, including KDD, ICDM, CIKM, WSDM, SDM, and PAKDD, as associate editor of leading journals such as TKDE, TWEB, DMKD and TKDD, and as area chair or senior PC member of numerous NLP, AI, Web, and data mining conferences. He is a Fellow of the ACM, AAAI, and IEEE.

Papers in Conferences, Journals, and as book chapters

He served as the Chair of ACM SIGKDD (7/1/2013 - 6/30/2017). SIGKDD is the premier academic community for data mining, data science, and big data. He has also served as the Program Committee Chair of the flagship data mining conferences of ACM, IEEE and SIAM (KDD, ICDM, and SDM respectively) and three other conferences (CIKM, WSDM, and PAKDD), as associate editors of several leading data mining journals, e.g., TKDE, TWEB, TKDD, DMKD, and as area/track chairs or senior program committee members of numerous NLP, AI, data mining, and Web technology conferences.